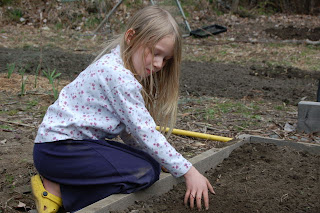 “After a long life, and thirty years in the public school trenches, I’ve concluded that genius is as common as dirt. We suppress our genius only because we haven’t yet figured out how to manage a population of educated men and women. The solution, I think, is simple and glorious. Let them manage themselves. “

John Taylor Gatto
That quote is obviously a bit of an unschooling manifesto. My goodness, Gatto turns a nice phrase. But it also touches on something I’ve been thinking of again in the past week or two. It began when an on-line friend e-mailed me a couple of links and suggestions from the TAGMAX e-mail list, and asked if she should continue forwarding such things, because maybe I was on TAGMAX. Was I? Would I consider joining? She recommended it. Good list — busy, but lots of great info.

Well, I was on that e-mail list, once, for a while. See, the “TAG” in TAGMAX is “Talented and Gifted.” The “MAX” I suppose has something to do with maximizing potential through an individualized, home-based learning approach. TAGMAX is for parents homeschooling Gifted Kids. Upper-case G Gifted. Members of that special club of the intellectual elite.

There was a time, many years ago, when I looked at the things my eldest was doing and felt proud, amazed, special, awed. I realized that there was some pretty unusual stuff going on there — especially in its manner, depth and intensity. I joined TAGMAX and couple of on-line message board for parents of gifted kids. I admit it felt nice to be part of a ‘club’ of parents of, well, special-in-THAT-particular-way kids. It was helpful to hear from others who had grappled with barely-five-year-old fluent readers of Young Adult level fiction. It felt comfortable to be in a place where asking a question about explaining negative numbers to a curious five-year-old didn’t get you accused of academic hothousing. And I especially enjoyed the stimulating discussion among outside-the-box, creative parents about all facets of parenting and education.

But the good stuff came at a price for me. I found that hearing about early achievements made me want my kids to meet or surpass those achievements. When I heard of kids being fast-tracked academically, of parents advocating long and hard for academic challenge and enrichment, I felt competitive stirrings inside me. I found I was trying to reassure myself that my kids could do this or that, at least if they wanted to. I didn’t act on those feelings, but I didn’t like having them and it cost me emotional energy to beat them back.

I unsubscribed from TAGMAX pretty quickly. I was pretty sure that in a school situation my kids would meet the criteria for giftedness, but I lost all interest in the label. Gradually I felt much better. I just relaxed into what was working with my kids, and things seemed to flow pretty well without the need for specialized approaches and resources. What I discovered is that it just doesn’t matter whether an unschooled child is intellectually gifted or not. There is no poorness of fit with the curriculum, or with the classroom of age-peers. There are no problematic asynchronicities when you step outside the box of a conventional educational approach. There is no need for a label, for testing, for Identification in an unschooling environment. If your child is reading and comprehending at a high school level but doesn’t yet print lower case letters, it doesn’t matter one whit. If your child relates best to older children or adults with similar interests and is a fish out of water with agemates, that’s perfectly fine.

That was the first realization: giftedness is a non-issue in an unschooling environment. That was the easy one. The not-so-easy one came later, more gradually, and it has to do with Gatto’s “common as dirt” comment.

First I should say that I know, and understand why, comments like “all children have gifts” raise the dander of parents of highly gifted kids in the school system. That phrase often epitomizes the perspective of a person who seeks to remove individualized educational resources and services from children who are intellectually precocious. It can be a way of saying “everyone’s special, so we should just treat everyone the same.” Personally I believe if everyone’s special, that means we should treat everyone uniquely, including the most intellectually precocious kids.

But I tend to agree with Gatto: genius is as common as dirt. See, I teach Suzuki violin, and over the past decade of part-time teaching I’ve taught probably twenty or thirty children. And while I haven’t seen that spark of genius inside them all, I’ve seen it in so many of them that I’m pretty certain that when I haven’t seen it, the deficiency is in the observer, not the child. It’s not always academic-style genius, of course. But neither is it the platitude type of pseudo-genius, the sort of thing you make a point to publicly recognize in people who haven’t really done anything exceptional but do have strengths in one area that occasionally let them shine. I’m not talking about that. I’m talking about real brilliance. So many children have it!

My children are more like shiny coins you can hold in your hand and admire. They have clear intellectual precocity that people notice easily. Erin and Fiona especially. Sophie is sometimes like that, but at other times is a shiny coin left in the change pot on the kitchen counter, merrily shining away but not attracting as much attention. And Noah is sometimes the shiny coin you put in one of your inumerable jacket pockets and have to search for for a couple of minutes to find. My children are incredibly special and incredibly brilliant. I’m thrilled that I’ve had as easy a time as I have discovering and nurturing their gifts, and that unschooling has allowed them to soar by, as Gatto suggests, managing themselves. They’re exceptional, perhaps, in that their gifts are easy to see and show up seemingly magically in neat and tangible ways. But I don’t think they’re exceptional in having gifts. Just common as dirt.

17 thoughts on “Common as Dirt”