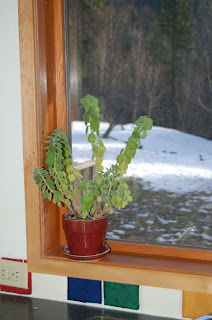 The sun burned through the clouds this afternoon. We had a glorious spring day on Wednesday followed by 6″ of snow on Thursday, and rain and sleet on Friday and Saturday. And then, today, slightly warmer temperatures and finally — the sun! I was in the kitchen making rolls for dinner. The sun glinted on the muck and snow outside the freshly trimmed (yesterday!) windows.

Silence. Sophie looks at me. Looks at Fiona. I look at Sophie.

“Have you been doubling things with her?” I ask.
“No,” she replies.
“I wonder how she did that.”

We shrug. Was it a flukey choice of number, or did this barely-four-year-old just double twenty-four?

How Much I Want to go Outside

One thought on “How Much I Want to go Outside”