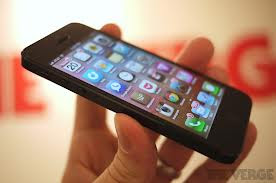 It was over five years ago that we bought a very out-of-date cellphone. It served us well for about three years. Erin took it with her to Edmonton and Montreal, we used it during our monthly Calgary trips, she took it with her when travelling to and about Calgary on her own, the kids occasionally used it while on road trips with Corazon, and we took it on our weekly trips to Nelson so that we had a contact number as we tried to co-ordinate multiple teens and kids and multiple errands in a single trip often complicated by poor weather.

It never worked at home, because although our area got cellphone coverage a couple of years ago, our phone was part of the wrong network and was too old anyway for the relatively up-to-date 3G service. Then the phone died about eighteen months ago. We were no longer travelling to Calgary every month, so there was no urgent need to replace it.

But now I’m teaching two or three afternoons a week at a place with no phone, and Fiona is ever so tired of being dragged along to spend the time in a chilly, furniture-less spare bedroom because I don’t feel good leaving her at home without an emergency contact. Our Nelson trips are getting ever more complicated, requiring two different vehicles shuttling and meeting up and allocating 7 different kids. And closer to home, I would say that at least twice a week some of us end up significantly inconvenienced by the kids not being able to reach me. Either I end up driving around town looking for them, or they end up having to leave activities early or (more often) wait around for an hour or two for a ride at a pre-arranged time. So I’ve been toying with the prospect of getting another cellphone, one that would also work at home. It would be so nice to be able to say “call me when you’re done.”

At first I thought a basic 3G flip-phone would make sense. But then I began looking at my other electronics and I realized that they’re coming up on being 3, 4 and 5 years old. My iPod classic is functioning fine, but Apple hasn’t been updating this model since 2009, and if it ever tanks I’ll be absolutely dysfunctional. I use it when teaching, for entertainment during all my driving, to help get to sleep, sometimes during running, and for general entertainment. It’s probably used for 2-3 hours a day on average which means it’s got more than 4000 hours on it. How many more can I count on? My iPad is also working pretty well, but it’s an original and won’t run the new iOS, so increasingly I’m finding that I can’t run new apps. And it doesn’t have a camera; I’m really wishing I had an internet device with a camera that I could use as a teaching adjunct. Right now I have to use a camcorder, plug it into my computer, upload the video, edit it, convert the file, upload to YouTube, set privacy, and email a link to my student. Doing this every week, even just for one or two students, is getting old really fast.

So maybe an iPhone is for me. Erin has had one for a couple of years and loves it. Sophie has had an iPod touch for several years and feels the same. The camera on the iPhone 5 would be a dream for my teaching. And it would be so nice for my family to be able to reach me while I’m not at home and neither are they, which is a lot. I predicted that if cell service ever came to our little town we would probably fall down the slippery slope into reliance on a cellphone for daily life. We’ve held out for two and a half years but I feel the pull of gravity.