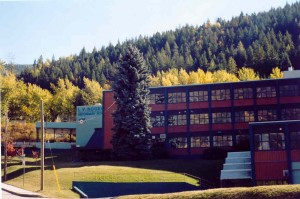 This is where Sophie will be next year. We toured, we emailed, we examined the (scant) alternatives, we perused course offerings, and we applied. We did it above-board, having her apply as an out-of-catchment, out-of-district student, rather than “moving to Nelson” and registering her as in-catchment. Out Plan B would have been to move her to Nelson over the summer and do the latter in September, but that would have given her last-minute choices only when it came to course selections. So the former approach was preferable if they were willing to take her. We applied in March and got the district’s approval at the end of April. She’s done her course selection now. Imagine: they not only offer Physics 11 as a classroom course, but Physics 12 as well, and also Honours courses at both levels. As an elective she won’t be taking Foods yet again with little to learn other than how to instruct others on helping with food prep: instead she’ll be taking Psychology, and Ceramics, and Dance. Wow!

We haven’t found a place to live yet, but there are lots of possibilities and we’re just waiting for exactly the right one to fall into place. She’ll probably be in an apartment, with Fiona and me three nights a week and without us for two. She’ll be home on weekends. She’s so excited! She’ll be able to continue with Corazón easily, and plans to fill the rest of her after-school time with gymnastics, time at the pool or gym, cooking and whatever other extra-curriculars pique her interest. 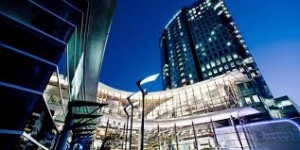 And Noah will be here, at SFU’s gleaming Surrey campus. We haven’t found him a place to live yet: hopefully we’ll be able to take time in the summer to go there and find an apartment.

He’s having to accrue an upper-level credit in a second language in extremely short order to satisfy their admission requirements; his school does not offer such courses, and he was not told last year that a smattering of universities ask for them. Naturally the university with the perfect post-secondary program for his interests that happened to be one of the few that does, a fact he only discovered in March.  So along with all grad ceremony preparation he needs to do, including buying a suit and writing some sort of valedictorian speech and putting together yearbook pages and slide-shows, and a week-long trip to Ontario with Corazón, and finishing up Chemistry 12 and PreCalc 12 and writing his English 12 and Socials 11 Provincial Exams, and finishing all his other courses, and applying for scholarships and summer employment and do presentations, he’s also having to cram 150+ hours of German language learning into 12 weeks. He does not seem to be getting much sleep. Go Noah!

One thought on “School Next Year”