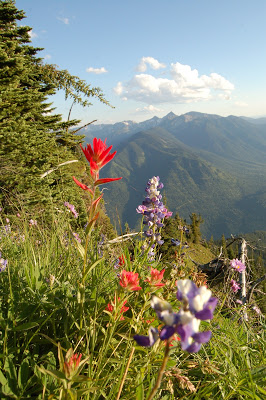 The dog seems better from her bear injuries. The house is a mess but who cares. We’re working on winterizing the little cabin. Last week I spent a couple of days permachinking the interior. Chuck is hard at work adding and insulated roof this weekend. The younger girls had just had their biggest market day yet. The SVI is over and the rest of my family won’t arrive for another week for our reunion.

Into this hazy week of summer the kids dropped plans for a hike up Idaho Peak. We hadn’t been in a few summers. The drive can be a little crazy and I don’t relish it, 11 km up a bumpy and narrow, very exposed gravel forest service road. The biggest stress for me is meeting vehicles coming the other direction. Someone often has to back up along a precipitous switchback to a pullout area where the road has enough width to allow two vehicles to pass.

But we went in the early evening, by which time we hoped most of the tourists had come down. And we were lucky on the drive; I only had to back up once, and not too far at that.

The wildflowers were pretty much at their peak. This is more of a late-July thing in typical years, but spring and summer were so late this year that we timed it right by going in mid-August. The sunlight was stark and slanting and the views were delicious. 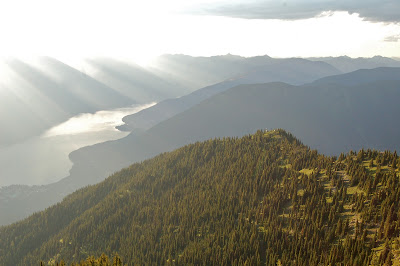 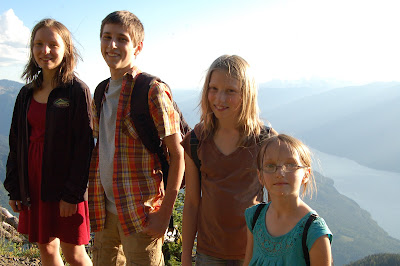 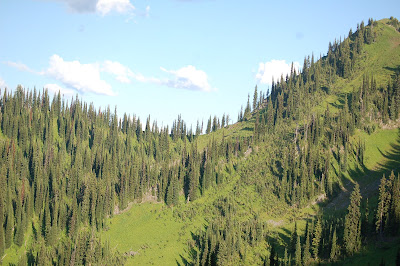 One thought on “Up Idaho”