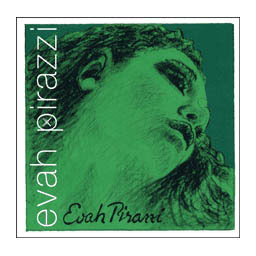 Erin is possessed of the type of independence her mother has — the ability to tough things out on her own. The type her mother lacks, the ability to approach people and ask for help, she also lacks. Especially on the phone. It’s a generational affliction; my mother is scarcely better at it than I am.

She’s on a school trip to the Banff Writers Festival this weekend. She has a performance of the Mendelssohn 1st movement next weekend; the piece is very recent for her and she’s brought it up to speed in very short order, but she does need to be practicing. So she took her violin along on the trip.

She called last night to whine — her A-string was unravelling, and she hadn’t brought a spare. She was so mad about her predicament. Banff has no music store. She knew I couldn’t do anything to fix things. I guess she just called to share the misery.

It turned out that the guy who runs the home-based fine instrument dealership where we bought her violin two years ago had moved to Banff, though, so I gave her his number. Oh, the agony! She knew she would have to call him, introduce herself, explain her predicament, talk to the trip chaperones and ask one of them to take her to his place to pick up a string. It was probably one of the hardest things she’d ever had to do — harder than performing the Mendelssohn, harder than travelling to Asia for two months without her family. She knew she had the option of just waiting two days until she got home, where we have plenty of spare strings. But she wasn’t willing to forgo the practicing. (This is the kid who played her violin for six hours straight through the night earlier this week, because she really felt like practicing.)

So she called him. And there was no answer.

So she looked up the number of a friendly Banff Suzuki teacher, someone she knows a little bit through summer workshops but doesn’t have any sort of personal relationship with. And called her, and explained. And was rewarded with caring generosity. Wrote down directions, found a map, asked one of the chaperones for a ride, found the place, picked up the Evah Pirazzi A-string, and got back to the hotel suite to start practicing, all by 10:30 in the morning. She was very proud of herself. Very proud. I asked her if this signified that she was now ready to move out and live independently. She laughed and said yes.

I have a deep personal understanding of how difficult this was for her. As I say, I share many of the same hangups, though maturity and experience allow me to cope pretty easily these days. It may be seem like a small thing compared to her many other accomplishments, but I am at least as proud of her as she is of herself, which is saying a lot.