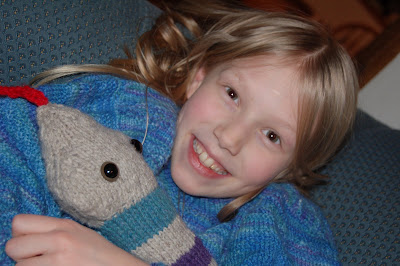 “One of the bragging points is ‘My little Johnny doesn’t watch those shows anymore. He’s much too mature for Barney and Dora. He much prefers watching Arthur and Spiderman.’ “

My, everything has got so competitive, hasn’t it? Even child-rearing is a race.

It breeds something I call pseudo-maturity — the adoption of pop-culture affinities, behaviours and attitudes of people who are older than you. Kids are considered “ahead” of their peers if they like the pop icons, clothing, music and friendship of kids older than they are. And so we have 4-year-olds who are too cool for Treehouse, thongs for 8-year-olds, and Grade 5 classes where everyone has a “crush” on someone.

But none of this real maturity, which I would define as a strong sense of values, a secure sense of self, and the impulse control and sense of responsibility required to act on those core values. I’ve noticed that often it’s the kids who exhibit relatively “young” likes, meaning they still play with stuffies at age 10 or admit to enjoying Treehouse at age 6, are the ones who end up demonstrating the most real maturity.

(Do I dare admit that my kids have occasionally vegged in front of “Treehouse” up to the age of 10?)

The race that is childhood

6 thoughts on “The race that is childhood”