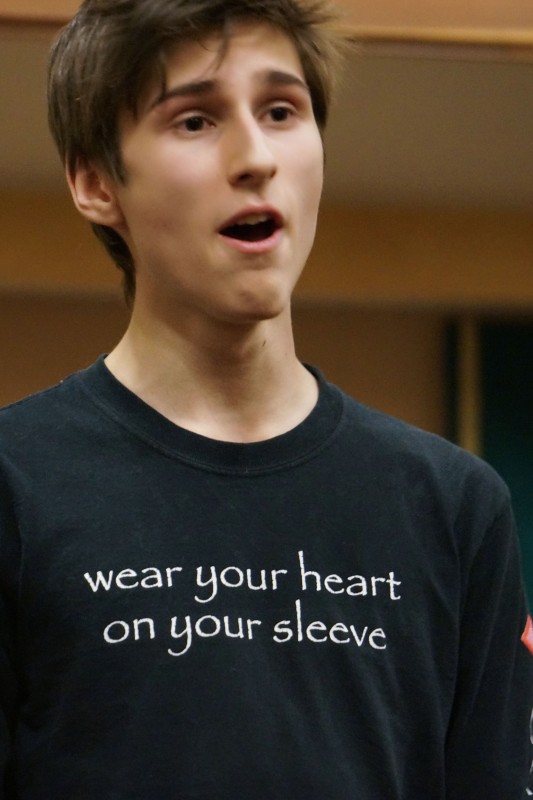 It feels like things are starting to fall into place for Noah. He’s in his final year of high school, and hadn’t until recently been terribly forthcoming or taken much initiative concerning his plans for the future. Part of that was no doubt due to the delightfully flexible but exceptionally vague school he attends: there wasn’t a lot of clear direction coming from there. And of course Noah has never been renowned for his pro-active decision-making ability. But also there was the fact that his interests and abilities straddle both the arts and sciences in ways that don’t necessarily lend themselves to tidy categorization within post-secondary programs.

What does he want to do? He’d like to combine all his musical and design skills with his computer software and coding passions. He wouldn’t fit well into a university Computer Science program because although he’s pretty good at high school math, the heavy load of advanced math courses typically required for CompSci degrees would be a buzz-kill for him. On the other hand, the straight-up art and music programs, although they usually offer a few courses in digital media as options, are typically set up for students whose primary aim is to hone their artistic skills: their starting point is an audition or art portfolio. Regardless of which one he chose the supporting courses extend deeper into the realm of “artist” or “mathematician” than Noah wants to go. What he wants do at university is continue the unique work he’s been doing on his own time during the past six or eight years: to synthesize his artistic and info-tech interests, to find the overlap, the middle ground, the connections between the two.

It’s a brilliant set of skills and interests to combine. He’s an amazing logician when it comes to the logic of computer programs, but he also has an amazing ability to think creatively, to integrate, to envision, to synthesize. The skill set he’s building is amazingly well-suited to what the world will need over the next few decades. Yet in post-secondary education, there’s still this divide between the creative arts and the hard sciences like math, physics and computer programming.

During their last couple of years, students at his school are required to do three one-week “career exploration” placements. Noah did one week working in computer repair and a second week auditing digital media courses at a nearby community college. Then, for his third week he got a mentorship placement with a self-emplyed web-design guy in a nearby community.

This latter week proved to be incredibly rich. His mentor just happens to be a musician as well as a tech guy. Noah was asked to bring his viola (equipped with the electronic transducer he got for Christmas) and MIDI keyboard, and be prepared to do some musical improvisation, and work on logo design and web-design projects, and learn how to manage a DAW (digital audio workstation) and go for hikes, and attend work meetings at cafés, and do some web photography, and hang out and jam and edit music tracks …

And it was perfect. When I came to pick him up at the end of the first day, his mentor said “I’m not sure I’m ready to give him back yet.” That set the tone for the week. On the last night Noah stayed until deep into the evening. He came home with not only a bunch of new tools and tricks, but a clear understanding that it is possible to be gainfully employed doing the sorts of things that he loves, and a game-plan for enhancing his particular combination of skills through post-secondary learning.

He found himself a program that unites his interests: it’s a BSc program in “Interactive Arts and Technology” at Simon Fraser University in Surrey, BC. Areas of focus include programming, interactive systems, media arts and design. He came home from his work experience week, took the plunge to apply, and received an offer of acceptance in the mail two business days later. Considering the mail normally takes three days from the Lower Mainland, that was pretty fast! He had hoped for the support of a university residence, but although this downtown campus doesn’t have that option, he’s still pretty set on the program. Honestly, it’s the best fit of anything we’ve found by far. And he toured the campus and audited a class a year and a half ago during a school trip, and was completely entranced by the challenge and the intensity of what he saw.

Here are a few little tastes of what he’s been up to musically recently.

One thought on “Creative Arts vs. Pure Sciences”