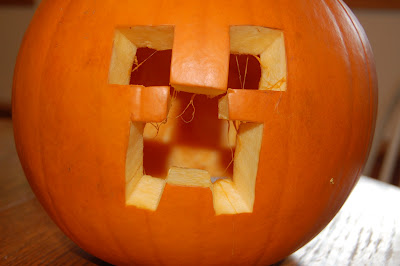 Noah is a serious PC gamer. For a while I resisted the FPS (first-person shooter) games and the stuff with violent content. But my resolve got worn down over time. Lugaru (now Overgrowth) was probably the turning point. It was a game using anthropromorphized bunnies with combat skills. He loved it and it engaged him deeply at so many levels. He got to know the development team, recorded trailers, created a fan-site, learning HTML in the process. He was getting a lot out of it, and yet it gradually became clear to me that it was not categorically different than many of the other combat games out there except that the warriors had fur, long ears and snouts rather than human faces. Lugaru seemed to sit right on the line between acceptable fantasy gaming and violent gaming suitable only for “mature gamers.” And in time I realized that the line was blurry, grey and meandering, or maybe not really there at all.

Noah is a gentle soul who has always been horrified by real-life aggression. His gaming wasn’t changing that. So I just gave up and let him at the mature games. He now owns a ton of them; it’s where most of his allowance and lawn-mowing earnings have gone over the past three or four years. Left 4 Dead, Half Life 2, Bioshock, Assassin’s Creed, Crysis, Team Fortress 2, Portal, Fallout 3, you name it. Many are incredible in their realism; he plays on-line with others and on his own with amazing intensity and prowess. He attends the bi-monthly LAN gaming nights at the community hall and plays until midnight with the adults.

Noah highly recommends Minecraft. It’s a game still in development, not even in beta testing, but you can buy an account and be privy to weekly upgrade releases. It’s being written by one guy, Notch, who is one of Noah’s heroes, and it’s both brilliant and simple. You can watch the programming take shape, see the complexity grow. It’s a lot like peering over the shoulder of a game developer as he works away at a type of programming that’s rarely visible these days due to canned game engines and modules. There’s a development blog and a set of user forums to encourage even more engagement of the masses in the development process. The graphics are blocky and look like something circa 1990, but the appeal is in the logic and design process, not the graphical presentation. Our pumpkin this year was carved in the shape of a Minecraft creeper face. Creepers are the little villianous creatures that look sort of like boxy green tombstones with vague pixelly faces. Easiest jack’o’lantern art we’ve ever done, I have to say.

An old stand-by which keeps resurfacing here is Clonk. Noah first got Clonk Endeavor, which is now freeware, but now owns and plays Clonk Rage. It’s a funky open-source German 2D game which allows multiple players to play split-screen or over a LAN or the internet, and also works for solo play. It’s part action game, part real-time strategy, part platform game and can be played out in seige scenarios or on collaborative missions. You control little humanoids called clonks, who can build, mine, use machines, explore, attack each other and engage in survival missions. There are many game extensions that create an amazing range of themes and scenarios from wild west to futuristic technology to knights to extreme environments. The social element of this game results in lots of hilarity around here. And every time Noah pulls this out again he delves deeper. He has gone from downloading and installing mods to adding objects to creating his own scenarios to writing scripts from scratch using code, which allow the game to actually function differently.

And then there’s Garry’s Mod (GMod). It’s a virtual physics sandbox which allows players to manipulate virtual objects. It works with the Source Game Engine, so in order to use GMod you need to own at least one game (through Steam, an on-line game delivery source) which uses that game engine. But then it becomes really a game of its own. And there are mods for GMod, and mods for mods for GMod. There’s a very robust community of tinkerers out there who have a blast sharing content and ideas. Noah particularly loves WireMod, which sits atop GMod, which sits atop the Source Engine. He’s used it to build hologram generators, locators, beacons and, most recently, a mathematical calculator which works out products, square roots and the like.

So although Noah is a gamer, he’s also a game-tinkerer, who is gradually developing a robust understanding of the incredible complexity of game programming. He is completely self-led and self-taught, and I’m in awe.

2 thoughts on “Recommended for geeks”