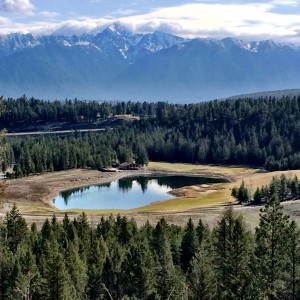 This week is proving very difficult to fit my training in. I’ve had to give up cross-training on the bike because I’m out of town. But a combination of meetings, symphony rehearsals, performances, driving across the province and the impending onslaught of Music Festival is making it impossible to fit in everything I had scheduled. 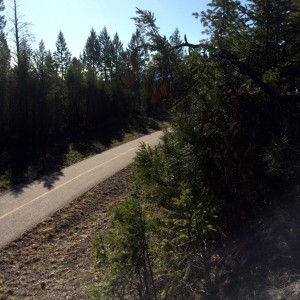 Maybe it’s not a big deal. I’m breaking in some new [road] shoes, and I’ve got a niggle in my knee that I don’t want to annoy. If after I get through this week I can get in a solid 10 days of training before I start tapering for the marathon, I’ll be fine.

Yesterday and today I ran the asphalt rail trail in Cranbrook. I’m a trail runner at heart, but heading into a road race. This paved trail is a great compromise: flat, scenic, and still suitable for my shoes and good preparation for the race.

I’ve managed to fit 67km into this week which isn’t bad: it’s within 10k of what I had planned. I have no idea how I’ll fit next week’s Long Run in, but we’ll see what happens. And I am still setting PRs on my tempo runs. This week: 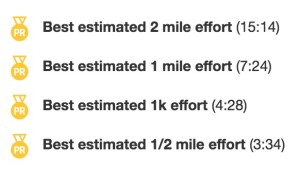 Clearly I’m running too fast for these training runs. I need more practice running at 5:30-5:35/km effort, which is what I’ll be shooting for on race day. But it’s hard to do that, since all the terrain I run is so rolling.

My trail runners from last winter have almost 1000k on them, and have a far more aggressive tread than I need for a road run. The new shoes are by a company called On. I had never heard of them, the but the model I got, the Cloud, is an ultra-light road shoe with a “transitional” (i.e. somewhat minimalist but not quite) amount of cushioning, which is what I was looking for for this longer race. They’re white: I look like I just arrived from a tennis match. Not what I would have chosen if I’d had any choice, but hey, they’ll be dirty soon enough.