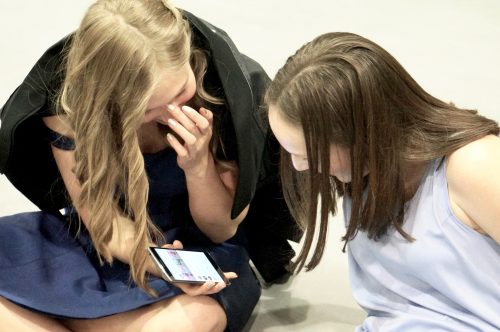 All four of my children grew up unschooling through their primary-school-aged years. Their learning was wide open, uncoerced, simultaneously lagging in some areas and massively precocious in others. It was typically highly efficient, mastery-oriented and interest-led.

And then they all chose to attend school starting sometime between age 12 and 14. In some cases, at times, they attended part time. But even Sophie, who has attended consistently full-time, has continued to work away at academic areas in unschooled ways outside of school. So I don’t think it was that they felt home-based learning had failed them. They all speak fondly of their years at home and it’s clear that they attach a lot of value to their quirkiness and unconventional upbringing. Around adolescence though, they all began to feel that, at least given our rural location and the resources at our disposal, school would best fulfill their evolving needs.

DL programs and homeschooling parents often struggle with adapting to the changing needs of adolescents. This year has been complicated and at times frustrating for Fiona and me, trying to find a way to serve her needs and satisfy her goals while interfacing with two different DL programs, a bricks-and-mortar school and the Ministry of Education. In this province in particular there’s a stark administrative line that runs between Grades 9 and 10, and that compounds many of the transitional issues. I’ve had a lot of conversations with various people about how DL programs can better serve the needs of young teens over the course of these transitional years. But while it can be tempting to fall back on common wisdom about the changing needs of adolescents, I’ve noticed that common wisdom doesn’t necessarily apply to unschoolers.

Since my kids have had unconventional childhoods, I’ve become skeptical of all sorts of conventional wisdom. For instance, the much respected Gesell Institute, experts in developmental ages and stages, talks about a period of tenseness, defiance and negativity between ages 5.5 and 6.5. Now, for my kids it was quite the opposite: it was a simply golden stage of curiosity, optimism and helpfulness. So perhaps it’s the commencement of academic schooling, and not age and development, that causes the disequilibrium that the Gesell folk think of as normal and typical. As another example, I certainly trust the statistics that associate spending more than 2 hours a day sitting in front of screens with an increased risk of childhood obesity, but those statistics will not have any predictive value for unschooled kids who are not also spending several hours a day sitting in school. An unschooled child who sits in front of a screen for 4 hours a day still has 10 to 12 waking hours available for creativity, running around burning energy, exploring, imagining, conversing, interacting with the real world, and playing. Not to put too fine a point on it, but maybe conventional wisdom knows nothing at all about unschooled kids. Maybe social scientists who tell us what kids are typically like are doing the equivalent of drawing conclusions about the behaviour of lions by studying only the lions in zoos. 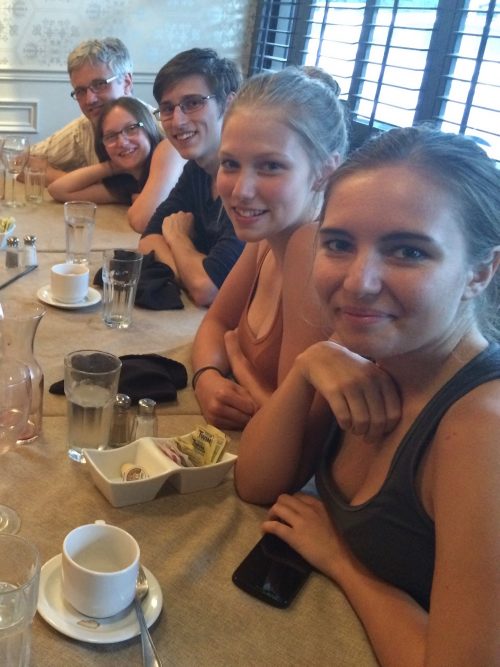 So back to adolescents. When I think back to my own 14th year, I remember feeling a strong push towards individuation, autonomy and freedom. I was questioning the values I’d been raised with, I was trying on new (and sometimes risky) interests and behaviours in an attempt to define myself as different and separate from my parents, I was desperate for more control over my own life, I wanted opportunities to stretch my wings and cast off the rules and constraints of childhood. I pushed hard for these things; it was a time conflict and testing of boundaries. I think my experience of adolescence was pretty typical; it certainly fits with what conventional wisdom says about the teenage years.

And so, unsurprisingly, parents and teachers expect adolescents to start wanting more freedom and autonomy. We start gingerly handing over a little more control to them including in the educational realm. Teachers in high schools might no longer check homework every day. Assignments might be more open-ended, allowing choice over the subject matter and presentation format.  All of which is great. It’s high time!

But maybe this move to greater freedom and autonomy only makes sense for the lions in the zoo.

What if you have a savannah lion, a kid whose education has always been based entirely on what his interests are and how he learns? What if he has been celebrated and supported as he’s learned in his own particular way even when that path has been asynchronous and non-conforming? It would not be surprising if a kid like this felt less need to start pushing to “become his own person” at age 13; after all, he’s freely been his own person all day every day, meaning that much of the work of individuation has already been done. He may not arrive at adolescence with a burning desire for alternative, creative, experiential opportunities in his schooling because he’s had that flexibility all along. Since he has not had his world restricted and tightly controlled, since everything has been as freely available to him as possible, he probably won’t constantly want to push against limits.

It’s likely, in fact, that he’ll want to do the opposite.

As he’s preparing himself to take up an independent place in the wider world, several of the things his schooled peers are rebelling against will make perfect sense to him. It’s likely he will want some guidance from experts instead of continuing to self-teach. He may want to set goals instead of leaving things loose. If so, he will want to structure his progress towards those goals, setting up commitment devices and a system of external accountability. And having had years and years already when he’s been able to flit from interest to interest and follow rabbit trails wherever they lead, he’ll likely become much more focused on the pathway he wants to pursue, choosing to constrain his learning for a while in service of that specific goal and focus. Or, if he doesn’t have a chosen pathway, he’ll be quite inclined to trust a “typical course of study” that has been designed to prepare teens for adulthood in a general way.

Everyone is different, of course. Some unschooled adolescents are no doubt thrilled to continue to learn organically, led by whims and serendipity, without setting goals and with minimal input from experts. But a lot seem to become more focused and driven at this age. Because their upbringing has been so different from that of their schooled peers, that focus and drive doesn’t end up turned against authority and academic structure; instead it turns towards those things. 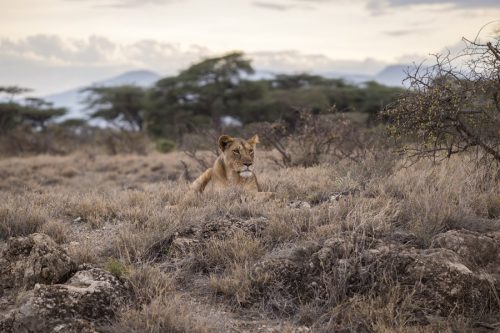 In light of this, it doesn’t seem all that strange that at an age when schooled teens are questioning authority and bucking against the system, a lot of unschooled teens are enthusiastically giving themselves over to the system and asking for the guidance of teachers and mentors. They want more structure than they’ve had in the past, not less. Because they’re savannah cats.