I love our water system, I really do. Our supply is gravity fed, fresh mountain spring water and it’s free and plentiful and all ours. It comes from high up a mountain that has no human activity on it. It is to a certain extent surface water, though, so it does run the risk of silt and contamination from natural biological activity, so we have a set of four increasingly fine filters at various points. Good, plentiful clean water.

The disadvantage is that when it malfunctions it’s all ours too. The first few years living here were really tough because of recurrent water woes. The guy who owned the property and maintained the water before us died, so there was no way for him to pass along to us the many secrets to keeping it working well. We knew there was a reservoir, and some sort of weird underground valve, some underground pipe and an intake pipe that came from “somewhere up there.”

Gradually we figured out what the valve (and others we subsequently discovered) did, where the underground pipes were, and we followed the pipe up the mountain to find an intake bucket. But the water there was flowing out of another, larger and older underground pipe. Eventually Chuck found a neighbour who knew more or less where the primary intake was … 15 minutes’ walk up the mountain, through nettles and devil’s club and over and under fallen logs.

These days appropriate maintenance has eliminated the winter freeze-ups we used to suffer from (and yes, I mean suffer… these were costly and time-consume to fix, and it is not with fondness that I recall melting and filtering snow for cooking and washing up, and banning toilet flushing, and “borrowing” showers and laundry facilities elsewhere). Winter has been good the past few years.

But I guess we’d kind of neglected the near end of the water system in recent years, the part safely buried deep in the ground, from the water-box reservoir to the house. Spring, when the volume and flow of the spring increases due to meltwater tumbling down Goat Mountain, is the troublesome time for the last 75 metres of our water system. And last week it silted up. Sophie, Fiona and I headed up to the box hoping the solution would be simple.

It was simple. But it was also pretty disgusting. There was a good foot and a half of silt in the bottom. And algae and other indefinable organic stuff was growing in the mound of silt around the outflow so that flow had completely stopped. 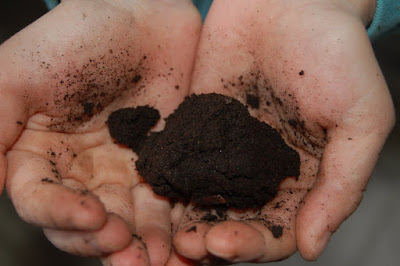 We set about vacuuming the silt out with a long piece of poly-pipe. I told Fiona “You suck.” At first she was offended, but when she realized I meant she should suck on the poly-pipe to start the flow of silty goo through the siphon, she was blatantly unhelpful. In the end it was I who sucked. (And managed it without a mouthful, thank goodness!)

At times the silt was so thick it clogged the pipe and we had to bang and shake and fling to unclog it. We ended up emptying the entire contents of the reservoir down the hill. Twice. Water runs like crazy at this time of year, overflowing the various intakes and reservoirs to continue into the little creek, so we were just putting it back where it had come from.

We scrubbed down the walls of the water box with a long-handled push-broom, rinsed again, cleaned various filters and let everything fill up clean and fresh again, then opened the valves.

The girls had a blast building dams in the runoff, and ogling the silt. It smelled pretty awful, and looked disgustingly slimy as it accumulated. We were thoroughly grossed out. 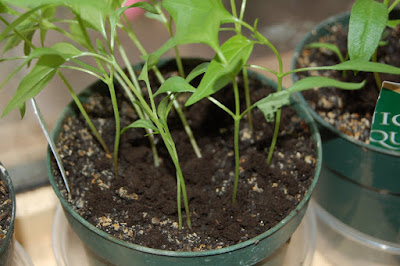 But by the next day it had dried out and had taken on the appearance of something altogether lovely: black gold — nutrient and mineral-rich decayed organic matter. Incredibly fine and totally free of weed-seeds. The best!

And so we scooped some up and brought it back and sprinkled it on our vegetable seedlings on the window ledge. And we’ll go back with the wheelbarrow and get the rest to add to the garden beds in front of the deck.

One thought on “Silted up”