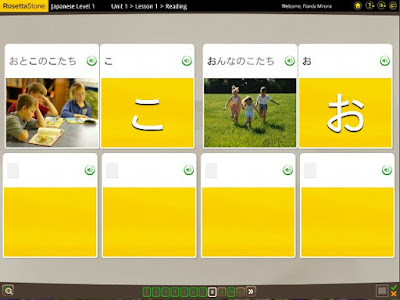 There’s a Japanese flavour to my children’s lives. We live in a community that received, relatively speaking, a large influx of Japanese immigrants and nissei (2nd generation Japanese-Canadians) during WWII, when the Canadian government saw fit to intern them away from population centres on the west coast. Many internees put down permanent roots here, and we also have a wonderful community garden and a terrific museum and interpretive centre to memorialize and pay homage to their experiences. Summers bring taiko drummers, Nikkei centre reunions, Obon ceremonies. Then there are the Japanese roots of the Suzuki method of music education that we participate in, up to our necks. And there are the Japanese influences, cultural roots and language strongly visible in the practice of aikido at the local dojo. And our very small local high school (~ 45 students) hosted two Japanese exchange students for a couple of years, one of whom became a good friend of Erin’s.

So it’s not surprising that there was an interest in Japanese language here in our family. It has borne fruit particularly in Fiona, who thought that she would like to formally study Japanese this year. She decided that Rosetta Stone would form a nice spine to her studies, augmented by numerous other resources and exposures. We’d had the chance to try the demo in early 2009 and had had it on our wish-list for quite some time. Having bought second language resources in the past for various other children, I wanted Fiona to be sure that she would really make use of this before we took the plunge. A couple of months ago she’d decided that yes, Rosetta Stone was something she really wanted. We used her SelfDesign learning allowance to fund the purchase. The software arrived just before the music festival week, so we’ve finally had the chance to dive into it properly this week.

It’s so much fun that we’re both using it — independently and together. There are sixteen lessons in Level 1 (of three levels, each considered roughly a year-long course of study) and we are only half way through the first lesson, but already I am amazed at how much we are both learning with all the enjoyable repetition. We are disciplining ourselves to use only kana (Japanese phonetic script) for the written text, unless we absolutely totally get stuck. We find the voice recognition aspect is alternately forgiving and oddly picky … but that’s less important than the fact that it often forces us to repeat things for its own strange reasons and makes us really listen to the reference pronunciation and be exactly in our own efforts to reproduce them.