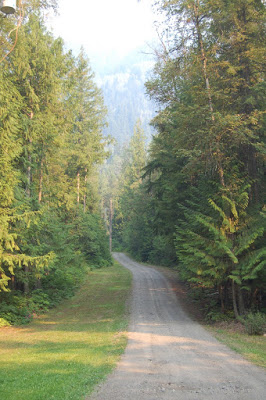 It was two years ago to the day that we were cut off by a wildfire to the south that threatened our community with evacuation and almost shut down the Suzuki Valhalla Institute.

The 2009 SVI starts today and overnight the smoke has rolled in again. I smelled it all night and this morning when the sun came up it threw an eerie yellow-orange cast rather than its usual transparent light.

The fire is a long way from us, probably 70-80 kilometres, but it’s uncontrolled, and they’re attempting prescribed burns to help contain parts of it. So there’s a lot of smoke. We can barely see the top of the mountain we live near the base of through the haze, and everything smells like a campfire.

It certainly brings back memories of 2007.

That fiery glow
Tagged on: wildfire