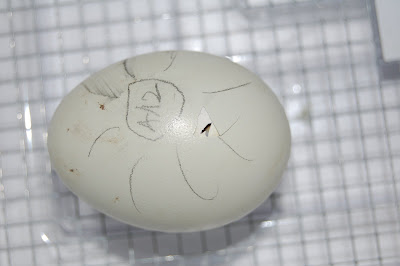 Yesterday just before the choir concert we noticed that Egg 12 was moving about and peeping. By bedtime it had a small crack and pip hole. We were pretty sure that we’d have another chick by morning. And indeed … 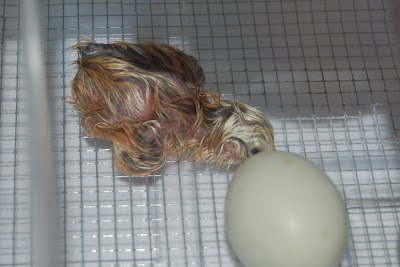 … there it was. Still wet and ugly, not always capable of balancing its head up off the floor of the incubator, but perking up gradually after its exhausting fight out of its shell. This one has a bit of reddish colouring. I wonder if it will look a bit like Skunk, our favourite chicken ever, who met an untimely death at the claws of a black bear a year and a half ago. Skunk was an Ameraucana with red and iridescent green-black plumage. 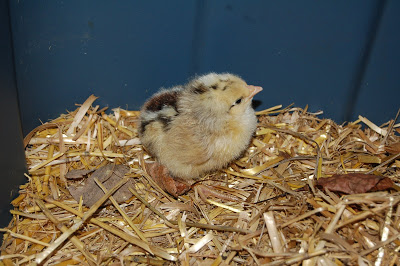 Then again, it’s really hard to tell with Ameraucana chicks. Here is The Former Egg 10, all fluffed up and downy. This is pretty much what Skunk looked like when we got him from the hatchery as a day-old — he didn’t give us even a hint of his mature colouring as a hatchling, and it was only later that we began to see his colours. So time will tell. Pullets, cockerels, red, wheaten, silvery, who knows?

One thought on “Another hatching”