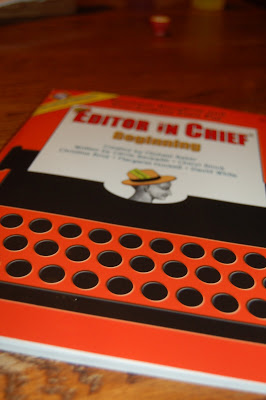 Noah’s writing has really taken off in the past 18 months or so. He actually enjoys writing and has got quite good at it. He can build a story, turn a phrase, express himself well. All the building blocks of good writing are well in hand — with the notable exception of punctuation.

His writing is fresh and new; he wrote nothing at all until he was 10. He is so perfectionistic and sensitive to expectations that I don’t want to suggest corrections. I want to leave him to write to satisfy his own muse and to enjoy the process. But it’s true that ultimately I would like him to understand the function of apostrophes and commas and full stops.

As happens more often than I’d care to admit I was mulling over advice I was about to give to someone when I realized that I’d do well to take my own advice. Another homeschooling mom had posted about a perfectionistic reluctant writer and I was going to suggest practicing editing other people’s mistakes. And then I realized that I’d long intended to try that tactic with Noah and I should probably give it a whirl, and maybe, just maybe, someone published a program like that. A quick look led me to the “Editor in Chief” series from Critical Thinking Press.

We’ve started with the beginner book because it’s the one that systematically teaches the rules for proper capitalization / punctuation / etc., and introduces editors mark-ups. Noah, who has never had any interest whatsoever in bookwork other than math, perked right up when I showed it to him. “Other people’s mistakes!” he said, “I like finding those!”

The exercises take five to ten minutes each so it’s easy to do a few in a session. There’s a short bit of text to read which contains some errors. Then you either play detective, finding “5 grammatical mistakes, 3 punctuation errors, 2 spelling mistakes and 2 capitalization errors” or else answering some multiple choice questions about appropriate corrections to particular phrases. Noah doesn’t need the work on spelling or grammar, but I’m glad those errors are in there, because he takes great delight in the obvious stupidity of these mistakes. The punctuation is of course the area that he’s learning the most from, and having to work the hardest at. But after just one day he’s already learned a ton — in a manner that has been completely non-threatening and non-judgemental to him.

3 thoughts on “Other people’s mistakes”