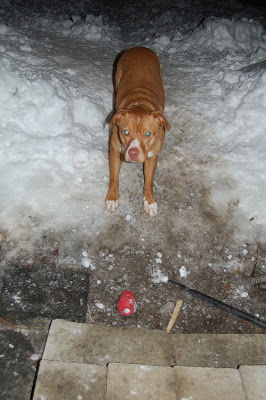 In this family we have a tendency to get locked into one thing to the exclusion of almost everything else. Sometimes it’s stuff like practicing, math, touch-typing or reading, the sort of stuff that as a parent makes you say “it’s great to have a passion!” And sometimes it’s stuff like playing on the chin-up bar, or computer games, or making up rude lyrics to musical theatre songs, the sort of stuff that makes you quietly lay off blogging about your kids for a while and remind yourself that This To Shall Pass.

My kids often get so focused on something that they can’t bear to take a break for mundane things like socializing, nutrition, hygeine or sleep. There have been many many nights when midnight has rolled on by and I’ve had some kid still madly working away at whatever the pursuit of the week is … playing Mirror’s Edge, finishing a piano composition, breaking 40 words per minute on Mavis Beacon Teaches Typing, doing three more music theory lessons, finishing every last card from the Yoga Deck of poses. “Soon, I’ll go to bed soon, I just want to … ” When they do finally go to bed, it’s with plans to get up as early as possible and get back at it.

Well, the dog’s got the same thing, and she’s got it bad. The Kong Seek game is what she’s fixated on. She cannot see that toy but she is frantically whining to go outside and have it thrown, over and over again. The obsessiveness begins when the first human shows up in the living room in the morning. It runs for hours through the day. She stays outside in the snow for three, four, five hours at a stretch, shivering, hungry and tired, whining for another toss. Finally we pull the toy inside and hide it. She follows it in. A frantic hour commences. “My toy, my toy… I need my toy!”

Finally she relaxes enough to eat. And drink. And then she falls asleep.When she wakes up it starts all over again.

We hid the Kong for a long time today. She caught up on a lot of missed sleep and turned into a really nice dog. This evening we relented and brought it . And here it is almost midnight and she’s on the stoop whining “Kong? Toy? Throw toy? Please throw toy!” She’s shivering. She’s tired. She’s hungry. She can’t let go of an obsession, though.

At least I know where she gets it from.