We heard that an injured owl had been found semi-conscious being mobbed by crows in the parking lot of our local grocery store. It had been whisked away and left with Rob, who, along with his wife Linda, is a bit of a birder. So we dropped by the café Rob runs to see if we could have a look. The owl was being kept quiet and warm elsewhere while Rob tried to figure out what to do with it. It turned out that the Orphan WildLife (OWL) rehab centre on the coast was willing to take the owl, and that transport had been arranged through the Trail airport, but that someone was needed to take the owl there for a 4 pm flight.

Having already planned to swing through Castlegar at about 5 pm to find Fiona some dance wear on our way to gymnastics, we volunteered to go a couple of hours early and drive the 25 minutes out of our way to drop the owl off. 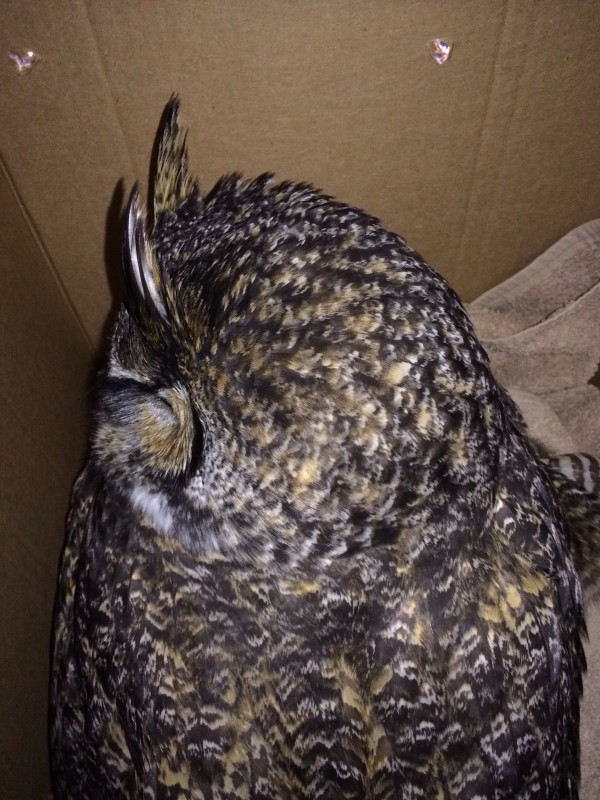 He was a great horned fellow, alive and thumping around a little bit in his closed box, but mostly seeming quiet. We were warned that these guys have nasty talons and a grip strength of up to 300 psi, and so not to open the box under any circumstances. We loaded him into the back of the van and headed out. We didn’t get to really look at him, since he was all enclosed, but I did push my iPhone through the breathing hole and take this picture. All puffed up from stress, shying away from the light of my phone. I left him alone after seeing that. Poor guy. But beautiful! 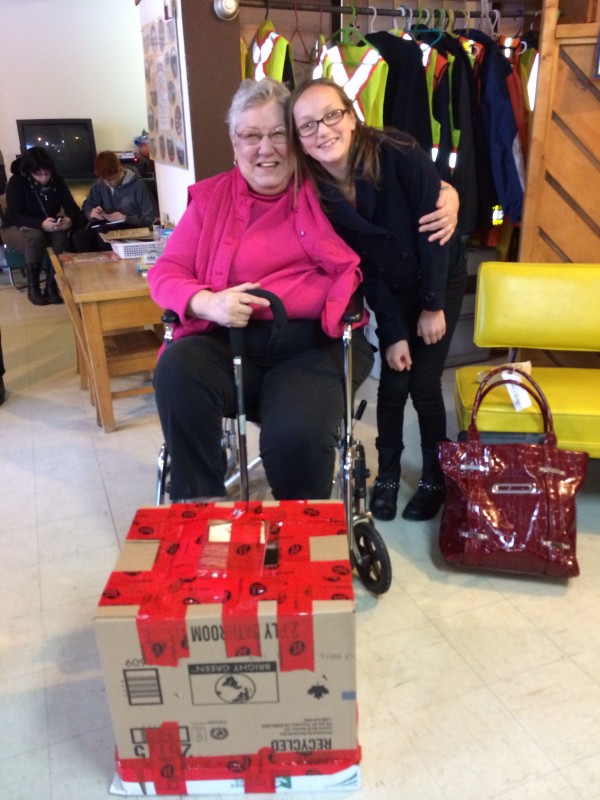 When we arrived in Trail we were surprised to find a local friend waiting for her own medical transport on the same flight. They departed together.

After they left we spent a few minutes updating Rob and Linda, and the veterinary clinic that had offered to overnight the bird if there hadn’t been room for him on the flight, and the OWL Rehab centre, whose volunteers were amazingly helpful and efficient and were already en route to meet him at the other end.

Then we bought dance shoes, tights and leotard (very exciting!) and went to gymnastics.

Although our friend did well with her surgery, we found out a few days later that the owl did not fare so well. He was vastly underweight due to a broken leg that had presumably been preventing him from hunting for some time. He did begin eating well, but an xray revealed that his leg was shattered beyond repair, so he had to be euthanized. A lot of people did their best to help, but it just wasn’t to be.

If you’re in the Lower Mainland, I’m told that the OWL Rehab Centre has excellent educational tours. That will be one of our stops the next time we’re in the neighbourhood.