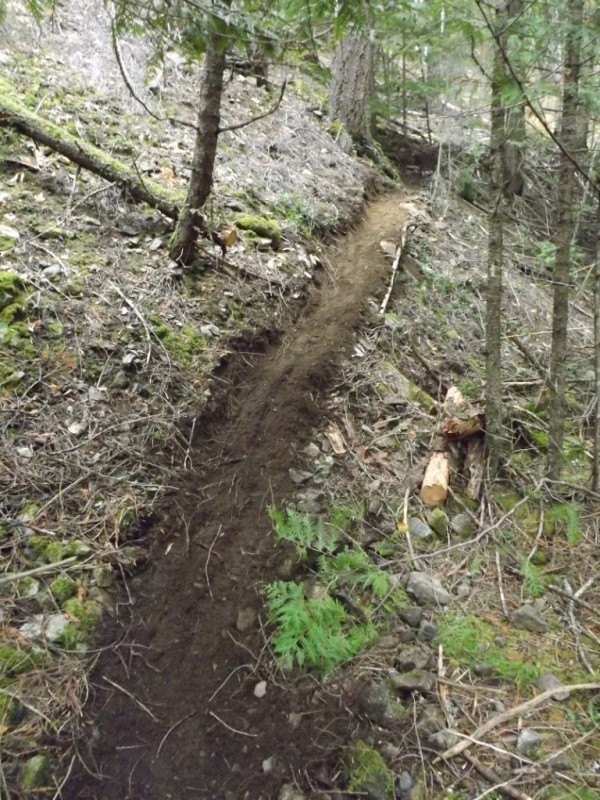 Armed with three hand-tools — a mattock, a rake and a saw — I have been gradually building a trail from our yard to the Galena Trail. For years I’ve been frustrated by the can’t-get-there-from-here dilemma that separates me from my favourite running trail. We planted a geocache down on the trail more than ten years ago, and the GPS co-ordinates proved what maps had led us to suspect: while it took 25 to 40 minutes to get to that point on the trail, it was only about 175 metres away as the crow flies.

The problem with getting to the trail more directly was two-fold: the grade, and the vegetation. The direct point-to-point grade was about 47%, which puts you somewhere in the realm of a black diamond or double-black-diamond ski run: definitely not the right way to build a trail. And of course trees, bushes and undergrowth had to be circumvented or moved. I ended up with a trail of about half a kilometre long with an average grade of more like 15%. Definitely hike-able both down and up. 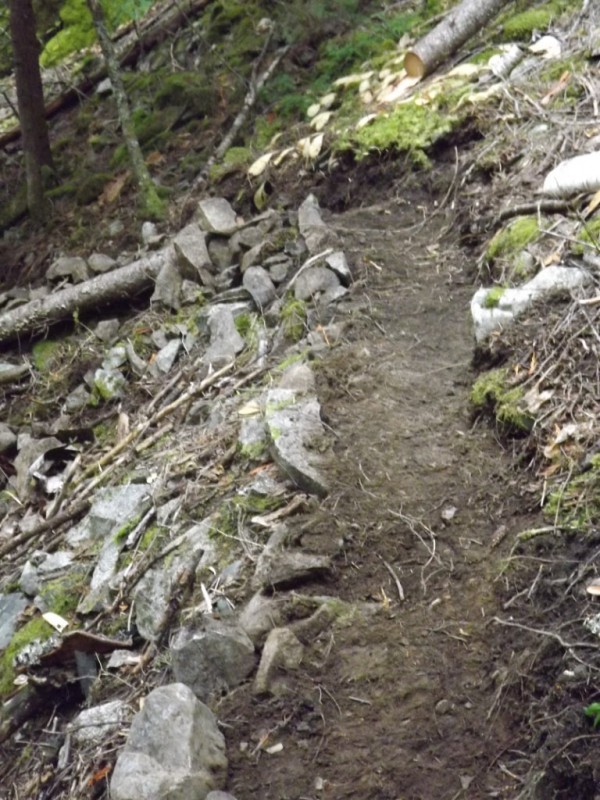 It was a curiously addictive process. I would go out planning to spend 45 minutes touching something up and return to the house three hours later. There’s something about actually changing the landscape, of creating something useful out of nothing — well, not out of nothing, but out of nothing that looks like a road or a trail, nothing useful from a human locomotion standpoint. It was like having a superpower: I bisect the wilderness with roads, using my own two hands!

Next year I’ll get to work extending the switchbacks to allow it to be closer to bike-able. If it was manageable on a mountain bike, one could get to town quickly without needing to hit the highway at all.

I’m sure there will be places where the soil will settle and the edges of my trail will need shoring up. I’d love it wider in some places, even for hiking, and there will be oregon grape and wild rose and bedstraw and devil’s club to be tamed continually. But the route is laid out and for now it’s useable on foot. Meaning my favourite running trail is just four minutes away (eight huffing-and-puffing minutes on the way back).

One thought on “Trail-building”