Last year I carved some time out of July to do a self-powered trip along the Silvery Slocan Circle Route. I did it counter-clockwise over three days, combining kayaking, running and road-biking. This year, with a new-to-me road bike recently acquired, I decided to do the same route all on two wheels. I rode clockwise for a switch, and over two relatively short days. The first day took me over the pass, through Kaslo, down the North Shore of Kootenay Lake to Nelson, for a total of about 112 km and 1700 metres of total climbing. The second day brought me home through the Slocan Valley, for about 100 km and a bit less climbing, about 1500 metres. 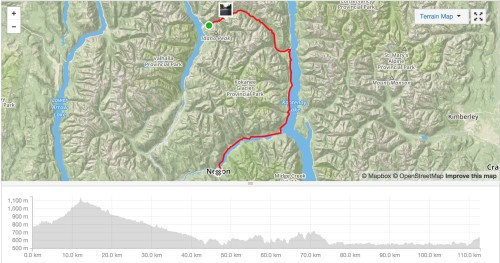 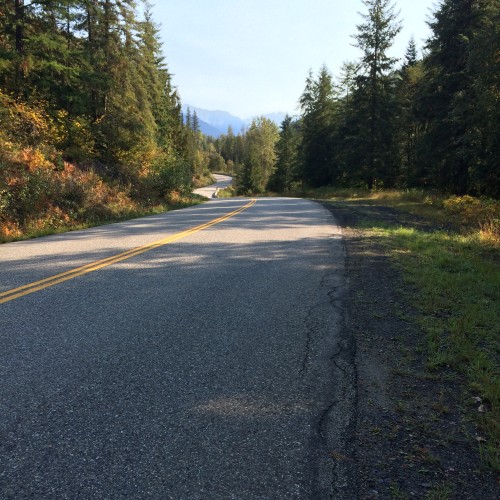 Because my overnight waypoint was the Nelson house, I was able to ride almost entirely unencumbered. I carried only water, snack, debit card, phone and my little bike toolkit. Knowing that all the comforts of home were already waiting for me in Nelson was almost as good as having a support team travelling with me!

The weather was great: cool but sunny. The seasons seemed to actually turn while I was riding. On Friday I had noticed that the birch leaves were looking paler as if they were getting ready to turn; by the time I arrived home on Sunday they were yellow and flying off the trees in the wind.

I like giving myself a multi-day solo challenge every year. It gives me time to just be with myself. I come out of it feeling like I’ve accomplished something, renewed. I think this is a tradition I’ll try to continue. I wonder what 2016’s challenge will be?